The development of dry mortar has changed many times since its inception. In the 1960s and early 1970s, the dry powder mortar factory in Europe adopted a horizontal process, which arranged the raw material warehouse one by one on the ground. The raw materials were first stored in the silos through the lifting equipment, and the raw materials were discharged from the silos, after weighting, it enters the mixer through horizontal conveying equipment, and then rises into the product storage bin. Finally it is shipped through the packaging and bulk process. This method has become the first generation of dry mortar production plant. The shortcoming is that the materials need to be repeatedly raised and lowered, all the equipments are high, the energy consumption is high, occupy large area of floor, and the operation flexibility is poor. In the 1970s and 1980s, the second generation of dry mortar production plants appeared. The idea was to simplify the whole process, that is, the materials were raised to a high place at one time and dropped at one time. The factory building is therefore designed in the shape of a tower. The raw material warehouse is built on the top of the tower. Under the warehouse, the weighing, mixing, packaging and bulking processes are carried out. The raw materials are discharged from the warehouse and then passed through various processes to become the final product. Compared with the first generation mortar factory, the second generation dry mortar factory has the characteristics of small footprint, simple structure and few equipments. However, the disadvantages is that the screw feeder is used for batching, the equipment maintenance workload is large, and the silo exit is often blocking and effects the normal production. In the 1990s, due to the invention of pneumatic floatation sheet technology and the emergency of double butterfly valve, the third generation of dry powder mortar production plants emerged. The material completely relies on its own gravity flow. The whole production process has no horizontal conveying equipment, the structure is more compact, the floor space is smaller, and the equipment used is simpler and more reliable. Low consumption, fast production and higher precision of ingredients.

In Europe, the benefits of this development are very obvious. Since 1960s, many modern dry mortar production plants with annual production of several million tons have been established. The promotion of dry mortar production and application technology, as well as the use of mortar silo transport and mechanical spraying, increased the use of stucco and plaster mortar by about 10 times between 1960 and 2000, while the number of workers deceased by 25%, the production efficiency of the construction increased by 8 times. In Germany, there is a dry mortar plant for every 500,000 people. There are currently about 100 dry mortar plants with production of 1000 tons per year. After 1990, German domestic dry mortar technology flourished, and this trend is now continuing in Eastern European countries. The application of dry mortar in Europe is very common, and dry powder mortar is widely used in Germany, Austria, Finland and other countries. In 2000, the production of dry mortar in Europe was about 30-40 million tons/year, and it increased at an average annual growth rate of 12%.

In Europe, dry powder mortar plants with an annual production of more than 1 million tons are common, with a maximum output to 45,000 bags per hour. The high output brought about by automated processes is a major factor in the profitability of such plants. To achieve this production, a high-speed mixing equipment was used to produce 1 ton of homogeneous mixture in 3 minutes. This speed is achieved with the automatic bagging and stacking device. In general, the entire process is controlled by an online control panel. The most important and mass-produced dry mortar products in Europe are: masonry mortar, plastering mortar and putty(interior and exterior walls), tile adhesives, self-leveling mortar, exterior wall insulation mortar, powder coating, and repairing mortar. 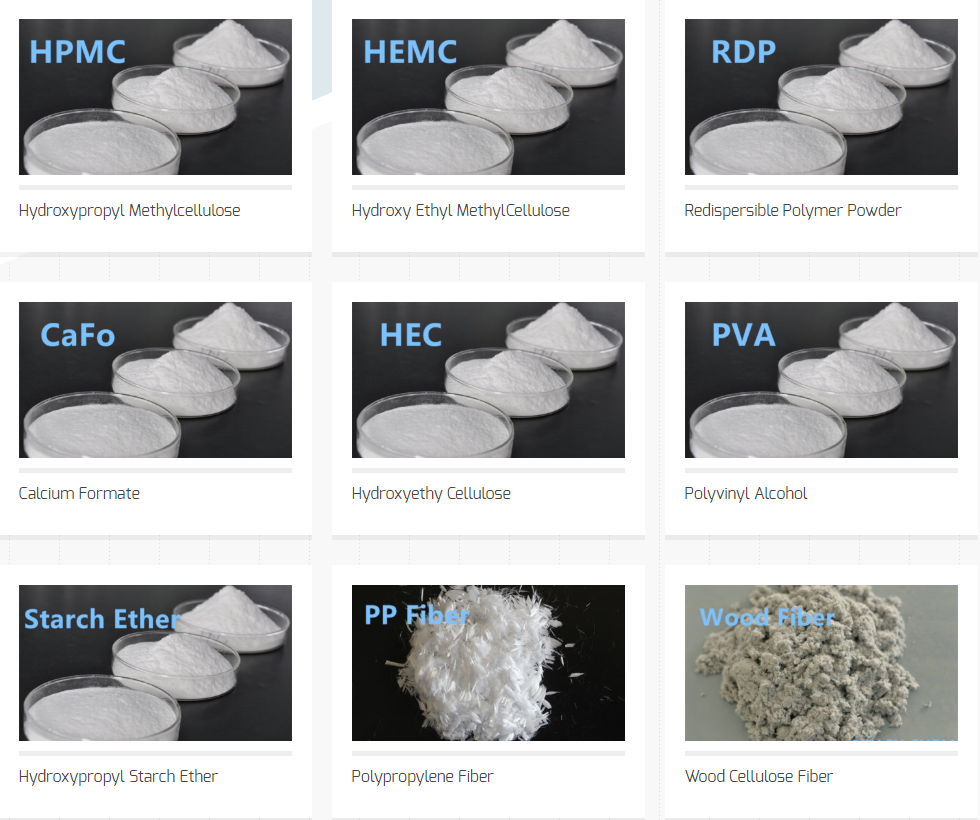