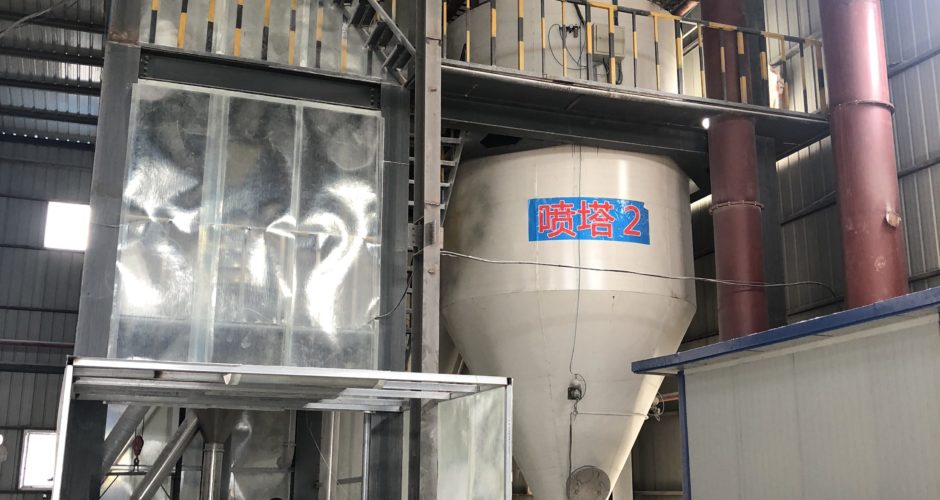 The RDP is usually a white powder but there are a few other colors. The components of Redispersible Polymer Powder include:

Polymer Resin: in the core part of RDP, also the main component of Redispersible Polymer Powder, such as polyvinyl acetate/hexane resin;

Additive: It acts as a modified resin together with the resin, for example: a plasticizer that lowers the film forming temperature of the resin(usually vinyl acetate/ethylene copolymer resin does not require the addition of a plasticizer). Not every rubber powder has an additive component;

Protective Colloid: a layer of hydrophilic material wrapped on the surface of the Redispersible Polymer Powder particles. The most protective colloid of RDP is polyvinyl alchohol;

Additive: a material added to further expand the properties of the RDP, such as the addition of super water reducer in some flow-assisted rubber powders. As with the internally added additives, not every RDP contains such additives;

Anti-caking Agent: fine mineral filler, mainly used to prevent the rubber powder from agglomerating during transportation and to facilitate the flow of rubber powder(dumping from paper bag or tank cars).

Dispersible polymer powder is physically mixed with other inorganic binders(such as cement, slaked lime, gypsum, clay, etc) and various aggregates, fillers and other additives such as Hydroxypropyl Methylcellulose(HPMC), polysaccharide(starch ether) and cellulose, finally to produce mortar.

When the dry mortar is added to the water and stirred, the rubber powder particles are dispersed into the water under the action of the hydrophilic protective colloid and mechanical shearing force. The time required for the dispersion of the normal dispersible polymer powder is very shot. For example, in the dry-sprayed concrete repair mortar, the dry mortar with Redispersible Polymer Powder and the water are sprayed only at the end of the nozzle for about 0.1s. To the construction surface, this is sufficient to fully disperse and film the redispersible powder.

In this early stage of mixing, the rubber powder has begun to affect the rheology and workability of the mortar. Due to the characteristics of the RDP itself and the modification, the effect is different. Some have the effect of helping the flow, while others have increase the role of thixotropy. The mechanism of its influence comes from many aspects, including the influence of the rubber powder on the affinity of water during dispersion; the effect of different viscosity after dispersion of the rubber powder; the influence of the protective colloid; the influence of water and cement; the impact of the increase in the gas content of the mortar and the distribution of bubbles; and the impact of the interaction of self-additives and other additives. Among them, it is accepted that the redispersible latex powder generally has the effect of increasing the gas content of the mortar to lubricate the construction of the mortar, and the affinity of the rubber powder, especially the protective colloid, and the subsequent viscosity. The cohesion of the construction mortar is increased to improve workability. The wet mortar containing the rubber powder dispersion is applied to the operation. As the moisture is reduced on three levels, the absorption of the base surface, the reaction of the hydraulic material is small, the water of the surface layer is volatilized to the air, and the resin particles are gradually approaching. The interface is gradually blurred, and the resin gradually merges with each other, eventually becoming the associated polymer film. This process mainly occurs in the pores of the mortar and the surface of the solid. It is emphasized here that in order to make this process irreversible, that is, when the polymer film is again water-repellent without secondary dispersion, the protective colloid-polyvinyl alcohol of the redispersible latex powder must be separated from the polymer system. This is not a problem for alkaline cement mortar systems because polyvinyl alcohol is saponified by alkalis formed by cement hydration.

At the same time, the adsorption of quartz materials makes the polyvinyl alcohol gradually separated from the system. Without the hydrophilic protective colloid, the film which is insoluble in water and dispersible by RDP can not only be formed by one dispersion. In dry conditions, it can also be used in conditions of long-term water immersion. Of course, in non-basic systems, such as gypsum or filler-only systems, since polyvinyl alcohol is still partially present in the final polymer film, affecting the water resistance of the film, but these systems are not used for long-term water immersion. The occasion, as well as the polymer still has its unique mechanical properties, so it does not affect the application of dispersible polymer powders in these systems. With the formation of the final polymer film, a frame system composed of an inorganic and an organic binder, that is, a brittle-hard skeleton composed of a hydraulic material, and a film of the dispersible polymer powder formed on the gap and the solid surface are formed in the cured mortar. Flexible connection, this connection can be imagined as being connected to a rigid skeleton by a number of small springs. The tensile strength of the polymer resin film formed by the rubber powder is usually more than an order of magnitude higher than that of the hydraulic material, so that the mortar itself is strong. It is enhanced, and then the cohesion is improved. Due to the flexibility of the polymer, the deformation ability is much higher than that of a rigid structure such as cement, the deformability of the mortar is improved, and the effect of the dispersion stress is greatly improved, thereby improving the crack resistance of the mortar. As the amount of redispersible powder increases, the entire system develops toward plastics. In the case of high usage of redispersible powder, the quality of the mortar changes to become an elastomer, and the hydration product of the cement becomes a “filler”.

The dispersible polymer powder distributed on the interface is dispersed to form the form has another important function, which increases the adhesion of the contact material, and this is particularly important for those difficult to adhere, such as very low water absorption or non-absorbent surfaces, smooth surface of concrete and cement materials like steel plates, homogenous bricks, and vitrified tile surfaces; organic material such as wood and plastic. Because the bonding of the inorganic adhesive to the material is achieved by the theory of mechanical embedding, that is the hydraulic slurry penetrates into the gaps of other materials, gradually solidifies, and finally the mortar is attached to the surface material like key embedded in the lock. For the above hard-to-adhesive surface, since it can not effectively penetrate into the inside of the material to form a good mechanical embedding, the mortar with only the inorganic adhesive is not effectively bonded, and the observation by election microscopy is also a good proof of this. The bonding mechanism of the polymer is different. The polymer is bonded to the surface of other materials by intermolecular force, and does not depend on the void ratio of the surface. This is more prominent in the case of the organic base. The observation of the electron microscope also proves the superiority of its force. At the same time, the dispersible polymer powder containing ethylene has a stronger adhesion to organic substrates, especially similar materials such as polyvinyl chloride and polystyrene( of course the rough surface and the increased contact surface will increase the adhesion), This is used in polymer modified dry mortar for polystyrene board. This is a good example of bonding and overlaying.